With more than 60 miles of pristine coastline, it’s no wonder seafood is basically a food group in Myrtle Beach. Yet, this South Carolina destination serves up so much more than oceanic eats (although everything from the sea here is a scrumptious catch)—it’s a smorgasbord for the senses, thanks to more than 2,000 restaurants among 14 unique communities. From the freshest seafood and Calabash cuisine to Lowcountry fare and good old-fashioned soul food, here are the must-eat cuisines that prove Myrtle Beach is a true grub hub. 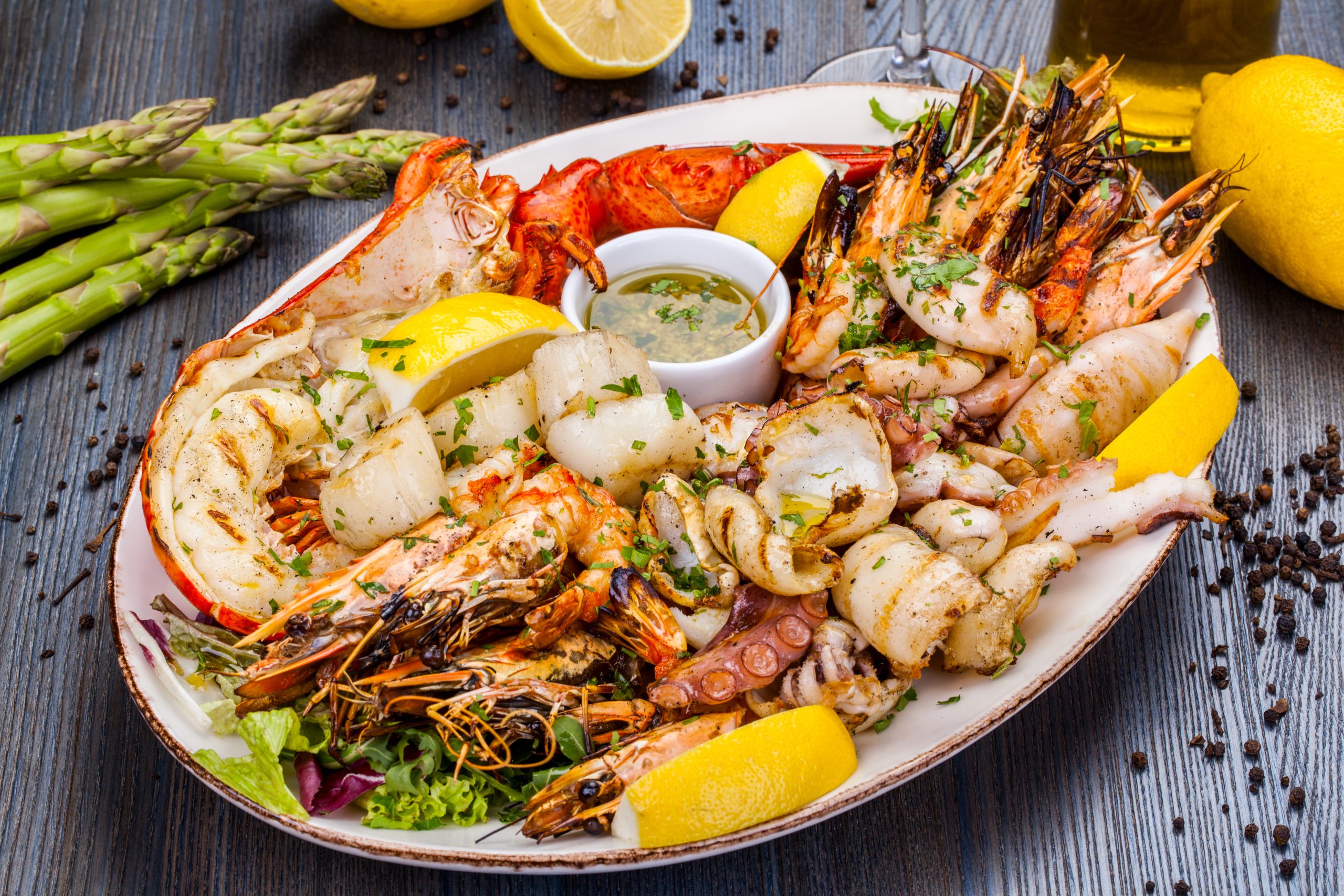 This distinctive style, named for the neighboring fishing village of Calabash, is a mouthwatering medley of cornmeal battered, deep-fried seafood caught fresh from the Atlantic. Shrimp, crab, oysters, clams, and mussels are common offerings that come with a side of hushpuppies, one of the region’s most beloved eats. These nuggets of deep-fried cornmeal batter are served by the basket along with honey butter. The cuisine tends to be presented buffet style at haunts like Sea Captain’s House, a waterside staple since 1930 located on Ocean Boulevard, and The Original Benjamin’s Calabash Seafood, which boasts crab legs and coconut shrimp on its expansive, rotating menu. Giant Crab, which overlooks the Intracoastal Waterway, dishes out Calabash delights on its massive 170-item seafood buffet as well as a host of land favorites at the carving station, should you want a little more variety on your plate. 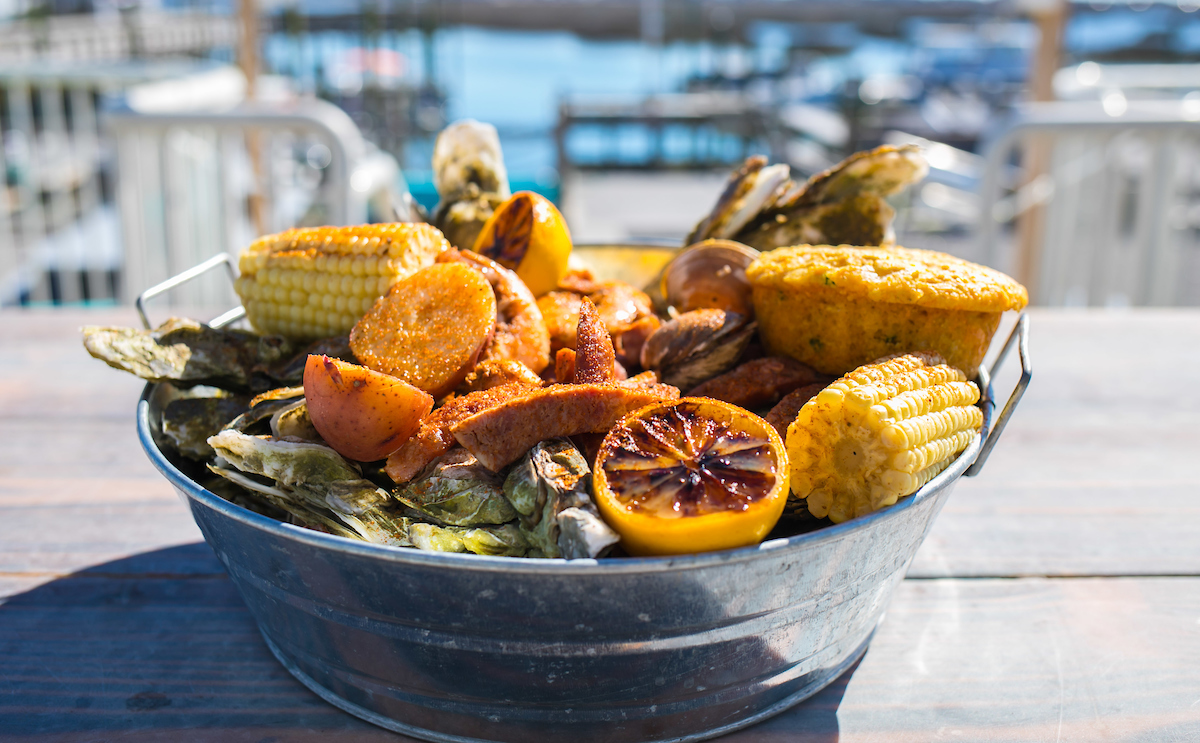 Lowcountry cooking infuses Southern style along with the French, West African, and Caribbean flavors from folk who brought their cultures to the region when they settled here long ago. Look for one-pot dishes like gumbos, boils, and She-crab soup, a bisque bubbling with crabmeat and roe. Other Lowcountry staples include crab cakes and shrimp and grits. You’ll find this fare in restaurants across the area, north to the south along the Strand. Standouts include Hook & Barrel, where you’ll devour the fried flounder and grits and good-to-the-last drop bouillabaisse boiled with the sea’s best delicacies. From She-crab soup to shrimp with smoked sausage and stone ground cheese grits, Chestnut Hill takes its cooking seriously but serves it in environs that are all about the warm and cozies. On Pawleys Island, comfort and class mix at Chive Blossom, which is as famous for its signature Lowcountry live oaks lining the resto as it is for its classic dishes like okra pancakes and shrimp jambalaya. 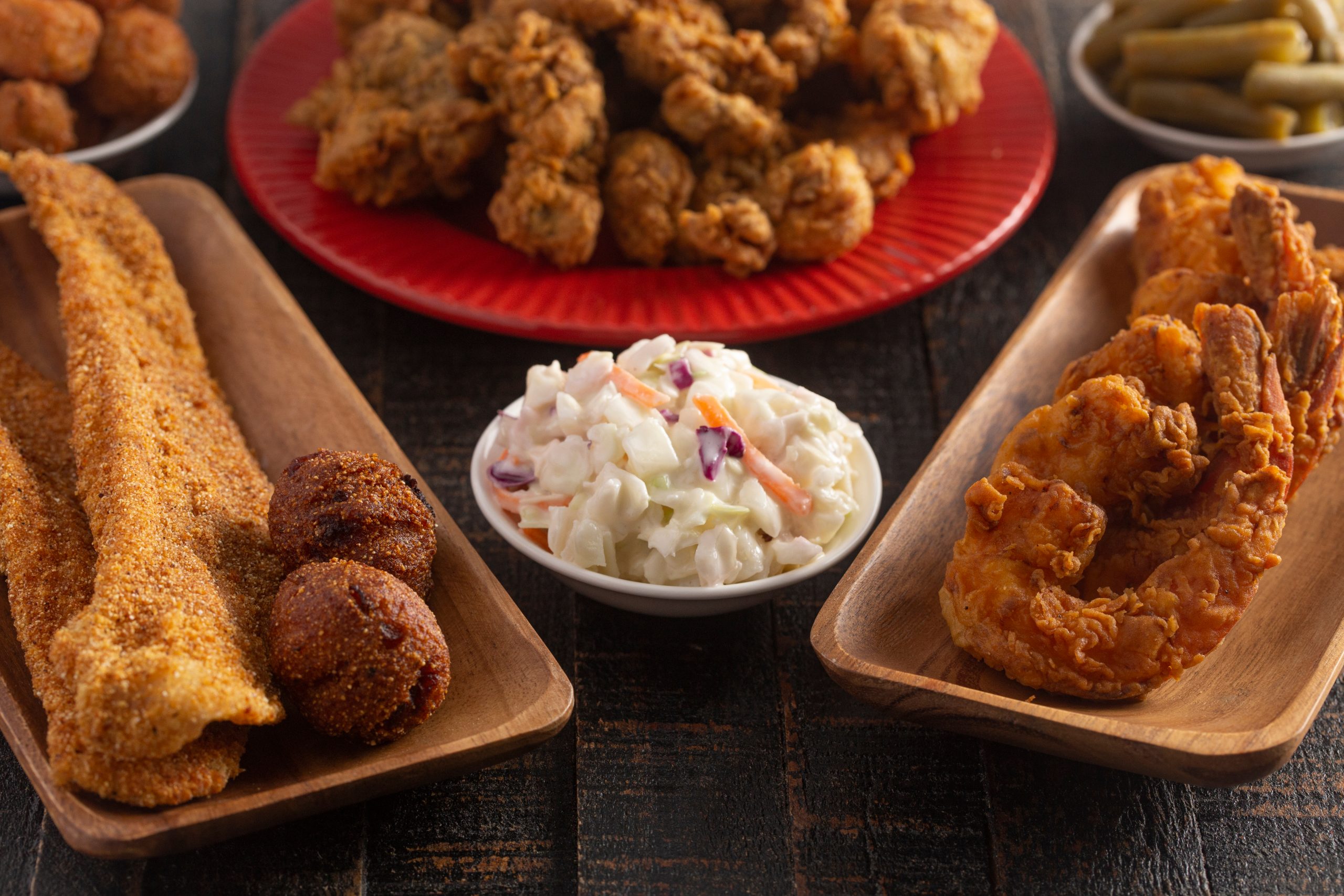 This staple takes its cue from downhome Southern hospitality and food that fills your belly with warm comfort. It’s the kind of finger-licking-good recipes that are passed down through generations. Think deliciousness like fried chicken, biscuits, mac and cheese, and collard greens. Big Mike’s is the place to beat for stuffing your face with the biggest plates of this beloved fare. From shrimp boils and chicken and waffles to fried pork chops and cornbread, trust us, you’ll want to wear an elastic waistband. For some decadent Southern comfort food with a creative twist, hit up Tupelo Honey, which offers scratch-made morsels like panko-crusted fried green tomatoes over heirloom grits with goat cheese or chicken and waffles done four ways. The (modern) soul is there along with all the fixins. At Mammy’s Kitchen, the only requirement is to bring your appetite. This 1950s-style roadside diner, which has occupied the same spot on King’s Highway since 1953, is a local and tourist favorite thanks to its epic breakfasts of hash browns, grits, biscuits and sausage gravy, waffles, and pancakes—and just about every other grandma-used-to-make fave. 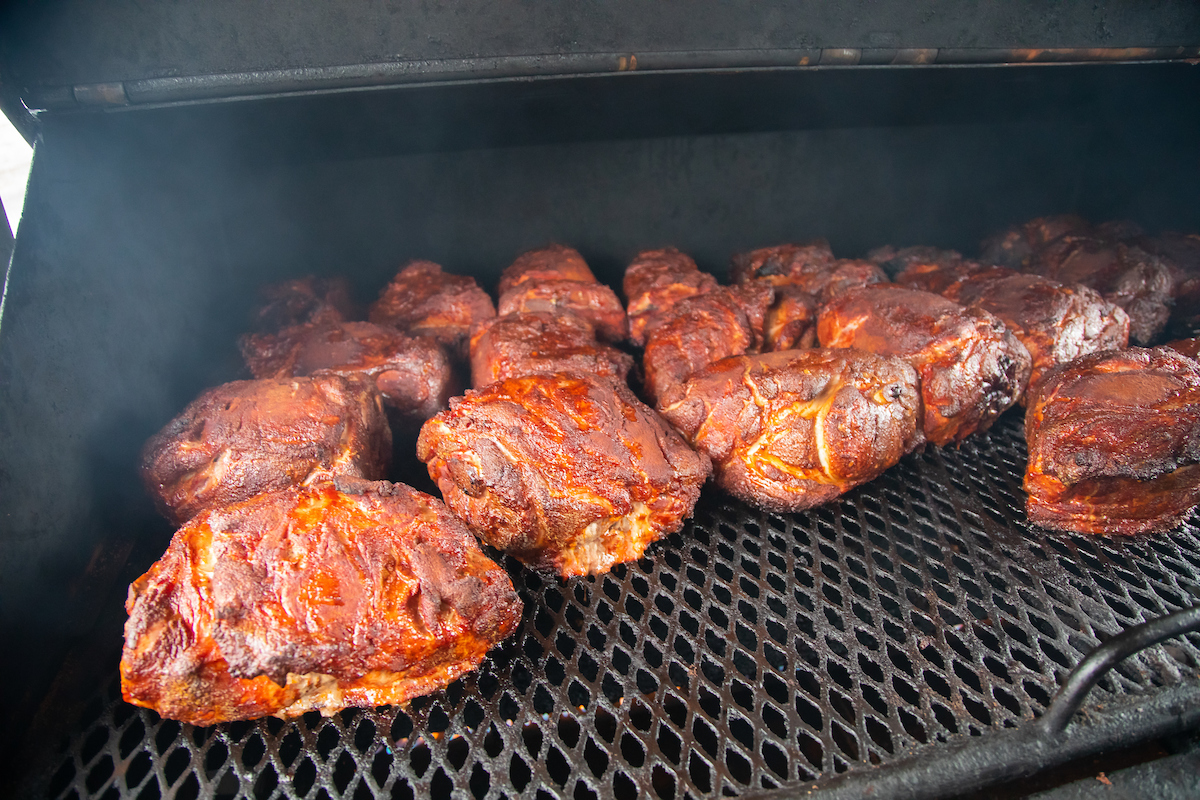 Slow-smoked meats cooked over wood coals have a long tradition in these parts. Here, pork dominates the pit, whether pulled or done as dry-rubbed ribs—though you’ll find chicken and brisket also abound. Depending on the dining destination, sauces vary from tangy vinegar and smoky tomato to yellow mustard-based glazes. Family-owned and operated, Bar-B-Que House is a buzzing BBQ joint in North Myrtle Beach that specializes in lip-smacking-good hickory-smoked ribs, chicken, and brisket smothered in Southern flair. Save room for sides like homemade chips, slaw, and fried corn on the cobb. Tucked in a tiny corner café in a strip mall off Highway 17 Bypass, Little Pigs Bar-B-Q is where the locals go for the best hickory smoked, pulled, and chopped pork in town—as well as the most tender ribs around. Sides like hushpuppies, fries, onion rings, slaw, and baked beans dominate. For a taste of Lowcountry-loved smoked and sauced meats in a homey barn-style setting, hit up Simply Southern Smokehouse, where you can fix your own plate with piles of barbecue chicken, pulled pork, and ribs along with all the right fixings—baked beans, slaw, mashed potatoes and more.

For a taste of everything Myrtle Beach has to offer, book your trip today!

The Coolest Brewery in Every State

11 Most Charming Small Towns in Ohio